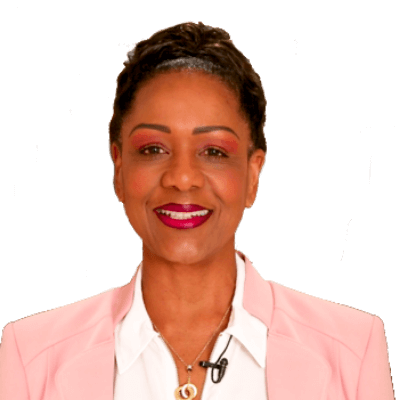 Dr. Angela Bevels is the Clinic Director of Elite Dry Eye Spa, PLLC.Dr. Bevels has always been progressive in her search to find help for others with vision challenges or disadvantages. From the early age of fourteen, she decided to go into Optometry; all because she wanted to understand why her grandmother had glaucoma and was blind at an early age. Her role model was a female Optometrist who fit her with her first pair of contact lenses. Dr. Bevels was fortunate to have earned a four year health professions scholarship, from the U.S. Army in 1980, while attending the University of Maryland at College Park.

Dr. Angela Bevels received her Bachelor of Science degree from the Pennsylvania College of Optometry in 1982. She then completed her doctorate education in 1984, where she was conferred the degree of Doctor of Optometry. While studying, Dr. Angela Bevels went through extensive training at several prominent military hospitals and clinics; Fort Ord, CA U.S. Army Eye Clinic, Brooke Army Medical Center, located on Fort Sam Houston, TX, and the distinguished Walter Reed Army Medical Center in Washington, D.C.

Dr. Bevels is a proud U.S. Army veteran. After her military obligation was completed in 1984, she obtained licenses in Virginia, Maryland, and Washington, D.C. Dr. Bevels gained additional commercial and medical optometric practice experience with several companies before she transitioned into her first private practice as an independent contractor with Walmart Vision Centers in Hampton, VA. She later founded Better Vision Center, a full-service solo optometric practice and optical. With the birth of her first son, she took a hiatus from Optometry to raise her two boys; until 2003 when her family relocated from the east coast to Tucson, Arizona.

Over the past 14 years, Dr. Angela Bevels has honed her expertise in the management of cataract and laser vision patients, pre and post-operatively. While practicing here in Tucson, Dr. Angela Bevels has provided exceptional care to her medical patients and implemented new techniques to treat common eye conditions. She has lectured to many small groups, clinic seminars and has been a participant in school-based mentoring programs on the east coast and here in the Southwest.

Dr. Bevels is an avid adventure traveler and has enjoyed seeing the world, experiencing different cultures, and educating her sons on true diversity found by traveling the world. She is a certified scuba diver, enjoys music, dancing, theatre and is a self-proclaimed home chef. She spends her spare time traveling with and cooking for her two sons; the oldest attends Eller Business College at the U of A, and her special angel will graduate CFHS in 2019.

Dr. Bevels is currently lecturing on Dry Eye Disease to any professional groups interested in learning more about this tormenting eye disease process. Her most recent lecture to the SAOS was in October and it was well-received by all participating doctors. Dr. Bevels is looking forward to more speaking engagements in 2019 and is open for invitations.